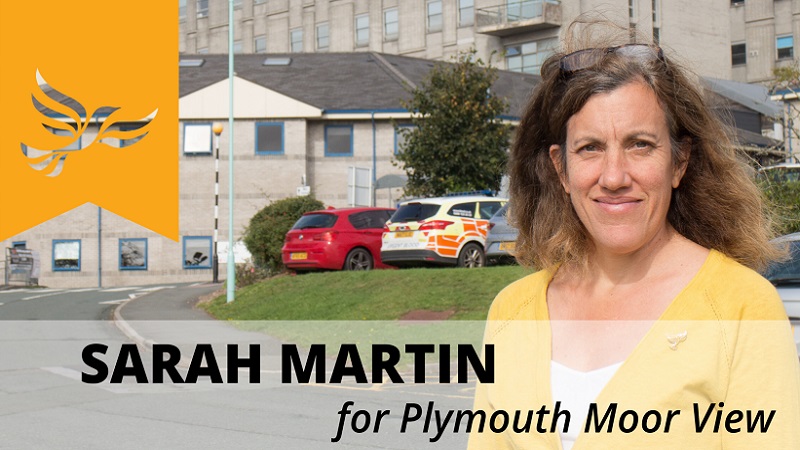 Sarah Martin was born and raised in Devon. She is a Mum of two, lives in Saltash just across the Tamar from Plymouth and is an elected Town Councillor. She is a keen activist on the Safe38 campaign group acting as their media advisor, and has been involved with campaigning within the For Europe groups. Her background is in Marketing, Media and Communications, most recently in the NHS.

After spending ten years of my life post-university working in Germany, and seeing how the movement of people, goods and services within Europe changed and enhanced our country's landscape, she was appalled to think that the country had voted to leave by such a narrow margin.

Three years later, she feels that many people are politically homeless. The landscape in Westminster has changed beyond all recognition, and the things that should be important to us are taking a back seat. For Sarah, that is unacceptable.

Sarah said, "As a country we need to move forward. Brexit has sapped enough of our energy but also our democratic power and needs to be put to bed with a second referendum, which must include the option to remain. Our success as a party in this year's local and European elections has shown how important that is to the general public. We need a renewed effort to get the Liberal voice heard in Moor View and to show a way forward out of the mire of current politics. Mostly I want to offer the residents of Moor View a more tolerant, outward-looking and positive future."