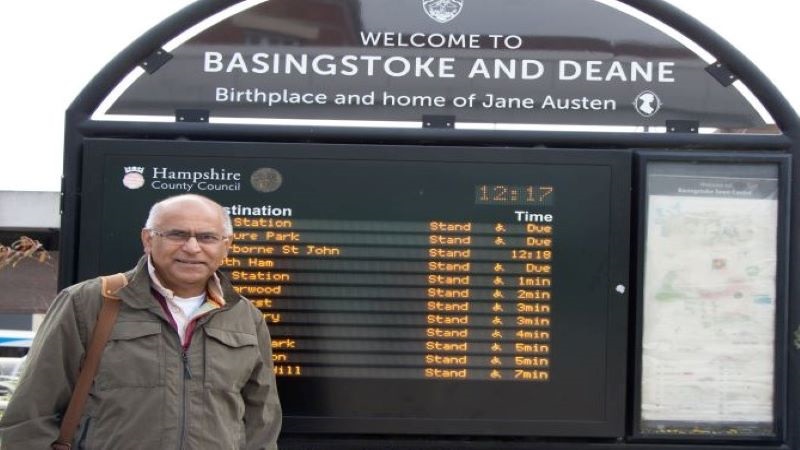 Sashi is a strong remainer joined the Liberal Democrats in 2016, in the face of growing frustration with the other parties. He became active in the local party following the Referendum result, which disappointed so many of us.

Sashi is a local Councillor & became Vice-Chair of the SE Region in 2018 and worked with colleagues to improve the target door–stepping campaigns. He is also a Treasurer & Director of Hampshire Based Charity “Step by Step.” Which works empower young people & prevent homelessness.

Sashi a graduate chartered accountant has had a successful career in industry and established a reputation for identifying wasteful spending in both the private and public sector. These skills will make him an excellent MP who will ensure that our taxes will pay for frontline services in Basingstoke rather than being wasted in Westminster.

Delighted to be asked to stand as the Liberal Democrat candidate for Basingstoke in this General Election, Sashi will be throwing his weight behind the Liberal Democrat national priorities of :-
• Stop Brexit, to get immediate benefit from growth of the economy by £50b.
• £20bn a year for five years to tackle climate change with a target of Zero Emission by 2045
• 1p rise in Income Tax to spend 7.8bn on NHS and Social Care
• As governor of a school, welcomes recruitments 20k teachers & 10bn capital spend
• More investment in Community Policing and reducing Knife Crime
• Constitutional Reform

Sashi is passionate about making sure every child has access to quality education, so they can reach their full potential. He is campaigning for extra funding for our schools such as, more pupil premium and reinstate maintenance grants for university students.

He wants to ensure that Basingstoke residents get funding and action to support all the important services.

He strongly believes that future generations will truly be better off with the Liberal Democrats at the helm of Government.