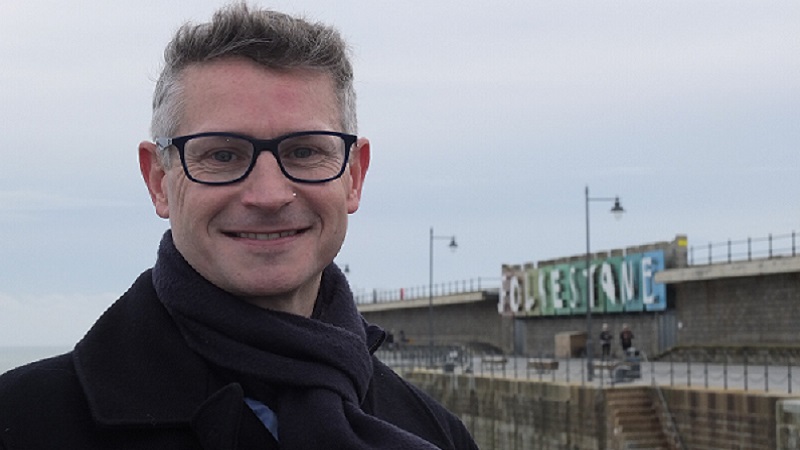 Simon is proud to be the Liberal Democrat Parliamentary Candidate for Folkestone and Hythe. He grew up in the area, going to Saltwood Primary School and The Harvey Grammar and was a member of 1st Saltwood Scouts. He learnt to swim in Hythe Pool and still regularly kayaks and paddle boards on The Royal Military Canal and the sea. His first full-time job was at Saga. He also worked as a waiter at The Imperial Hotel in Hythe and a barman at the old Bonkers nightclub in Folkestone Harbour.

After school he studied Economics and Geography at Edinburgh University and was awarded a Fulbright Scholarship to study International Relations and Journalism in New York at Columbia University.

Simon is currently Deputy Chief Executive of a global charity helping the world's poorest children. During his 25-year career he has also worked around the world as an aid worker, journalist and in politics, including advising the UK government's Secretary of State for International Development and working for The United Nations and the BBC.

He would be honoured to serve the people of Folkestone and Hythe and thinks he is qualified for three reasons. He:
- loves Folkestone and Hythe,
- has the experience, skills and, most importantly, the integrity and decency to help fix our broken political system; and,
- cares passionately about Britain and is not going to stand by while others wreck it.

He says: “I want my two daughters to grow up in a kind, compassionate, tolerant, equal, outward-facing Britain, not one defined by division and hate. I want to do whatever I can to help make Folkestone and Hythe, and the rest of Britain, a fabulous place to live. I'd be honoured to be your local MP.