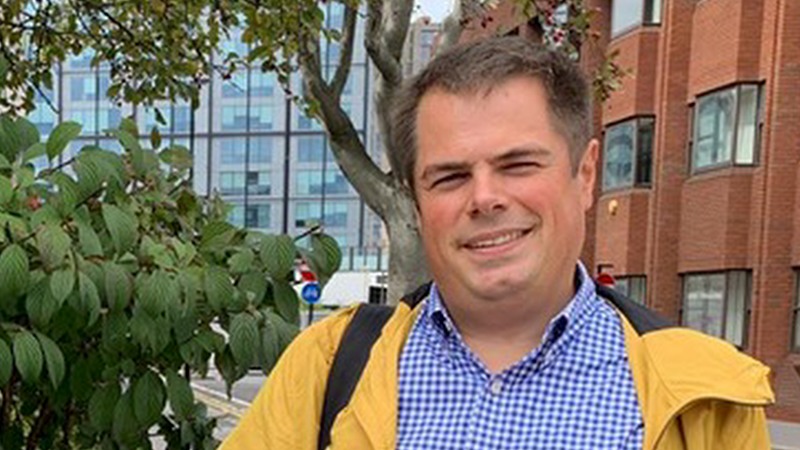 Simon Sprague grew up in West Wickham just yards from the Croydon Central constituency and now lives on Wellesley Road in the centre of Croydon, having moved back to the area in 2014. Having studied chemistry and been a research scientist for six years, he now works in pharma manufacturing and travel to factories across Europe to improve the manufacturing processes of life-saving medicines. In his spare time, Simon is often to be found in the kitchen cooking up meals for friends and family, and is a keen walker, having recently completed the Ridgeway and White Peak Way long distance paths.

Simon decided to put himself forward as a parliamentary candidate after becoming frustrated by the political situation both nationally and locally, the people of Croydon having been stuck with the same two parties offering the same old solutions. Simon is enthusiastic about the Lib Dems’ plans to stop Brexit, properly tackle the climate emergency and address knife crime through a public health approach – something touted but not implemented by London Mayor Sadiq Khan.

Simon is a firm believer in unlocking communities' potential to address the challenges they face, rather than power being hoarded centrally by politicians and decisions being imposed on communities, the effects of which can be clearly seen across Croydon thanks to the Labour council’s “top down” approach. If elected, Simon has vowed to speak up for the residents of Croydon Central, defending them against powerful interests, bringing a relentless positive attitude, collaborative style and creative solutions to make sure that local residents are properly represented.