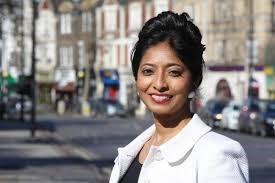 As you may be aware, Isabelle Parasram has been appointed as Special Investigation Counsel in relation to the handling of a specific case involving allegations of a sexual nature that is currently under internal investigation.  Her focus is entirely on the applicable processes and is not an additional investigation into the allegations themselves.

A statement from the President of the Liberal Democrats, Baroness Sal Brinton, sets out more detail here: https://www.libdemvoice.org/sal-brinton-writeshow-the-party-is-addressing-members-concerns-over-harassment-complaints-55813.html

This investigation has a very short timetable, as it is due to feed into a review of the Party’s current disciplinary processes by Lord Ken Macdonald, former Director of Public Prosecutions.  Lord Macdonald’s review is due to be presented to the Federal Board in December and, therefore, the report will be submitted to the Federal Board - with recommendations to Lord Macdonald - very shortly (subject to the availability of witnesses).

In order to respect the integrity of the process Isabelle is unable to discuss anything about the investigation or anything related to it outside of the proper protocols.

At this stage her communications on this matter will be limited to referring enquirers to communications that have been issued by the Party and which are already in the public domain. However, if you wish to contribute to the investigation, please contact the Investigation Team in the first instance, by emailing [email protected]

While some administrative details in relation to the investigation may be shared where appropriate, this will be limited to information that is relevant, non-confidential and likely to assist in progressing the investigation.

Thank you in advance for your support for all of those involved in this process.

Isabelle Parasram is the Head of a barristers’ Chambers.  She previously worked as an in-house lawyer in the public, private and charitable sectors, including as a Senior Prosecutor in the field of white-collar crime and regulatory compliance.  Within the education sector, Isabelle holds a range of Governorship roles, including acting as an Appeals Chairperson and as a Link Governor for Safeguarding and Child Protection.  As a Party member, she is the Vice Chair Elect of Liberal Democrat Women, Parliamentary Spokesperson for Walsall North and Spokesperson on Brexit for the West Midlands.