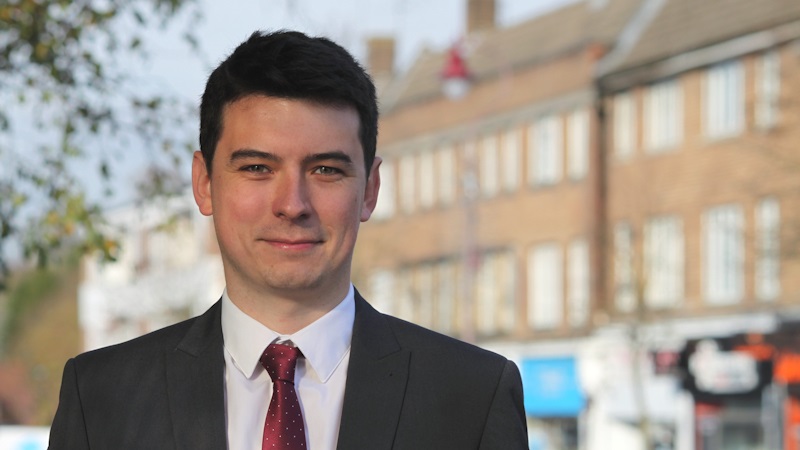 Stephen Barrett is the credible alternative to Boris Johnson's reckless Conservatives in Hertsmere.

He works as a School Business Leader in a large state secondary school responsible for its £16 million budget.

“Every day I see the effect of Tory education cuts on my school,” he says. “our schools should be world class, helping every child make the most of the challenges ahead. But instead, they are suffering. The Conservatives have cut school funding to the bone and children have paid the price, especially those with the most complex needs.”

“Liberal Democrats will build a brighter future for every child. By stopping Brexit, we can spend £10 billion of our Remain Bonus on reversing school cuts and recruiting 20,000 more teachers and give them the pay and support they deserve.”

Stephen is also a district councillor, acting as the champion of his residents and focused on the local climate action plan. He is part of the campaign to protect Hertfordshire chalk streams which are under threat from over extraction. As Hertsmere's Liberal Democrat MP he will endeavour to make the UK a world leader in tackling the climate crisis.

A passionate European, Stephen originally joined the Liberal Democrats because he wanted to work with a party that believed in the value of the European Union as much as he did. His number one priority is to Stop Brexit because shrinking our economy with a job destroying Brexit, makes it harder to protect public services and to make the fundamental changes that we need to tackle the climate crisis.