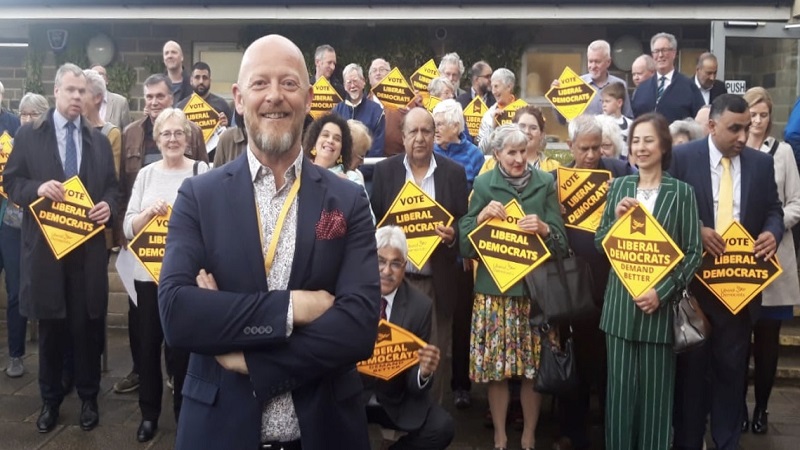 Stewart has lived in the constituency for two decades in the village of Oulton. Stewart was first elected onto Leeds City Council in 1998, and has been successfully re-elected since. With a background in Tourism and Utilities, Stewart is now Leader of the Liberal Democrat Group on Leeds City Council, leading campaigns on Period Poverty, Tree planting, Street lighting, Food waste recycling, and opposing HS2 and greenbelt development. He is a governor at two local schools, a director of a social enterprise caring for adults with learning difficulties, and is Vice President of Leeds & District Allotment Gardeners Association.

His priorities for Elmet & Rothwell are: Ending the discrimination shown to traditional community-led schools by a dogmatic prioritisation of funding academies by the Tories which has left Royds & Wetherby High Schools officially the most in need underinvested school buildings in Leeds; ending the poor deal on public transport money for our constituency both by the Conservatives in Westminster and Labour on the Council; ending the complacency on the Climate Emergency and deliver a plan for a carbon neutral constituency by 2030; and end the scandal of the deals between Leeds Labour and Conservatives that stops affordable homes being secured for our area and built elsewhere instead. On a national level, he will work to achieve a cross party consensus on stable future funding for adult social care and the NHS.