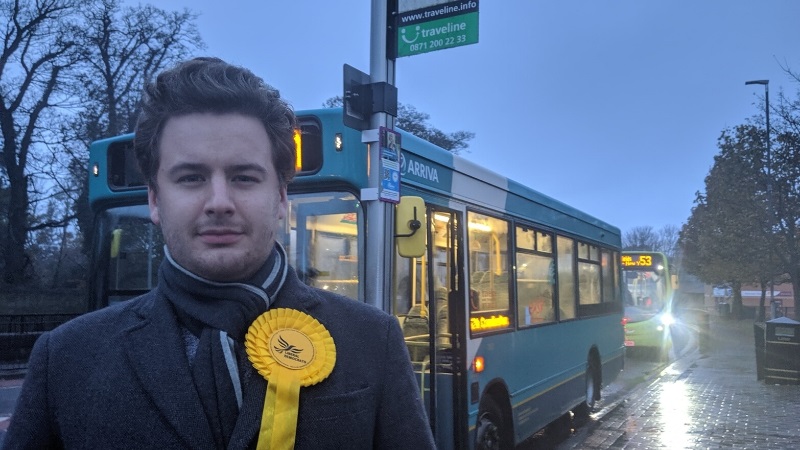 Growing up, Thom and his family experienced first-hand the Tory cuts to education and youth services - which is why he's so passionate about tackling inequality, especially in ex-industrial towns like those in Blyth Valley. He understands the horrendous impact Brexit will have on us in the North East and is determined to work to stop Brexit and get Britain back on track. He is fully behind the Liberal Democrats’ plans to bring mental health treatment in line with physical health expectations and has tirelessly committed to standing up for Trans rights.

Thom is currently undertaking a master’s degree at Newcastle University in International Politics and has a research specialism in both critical geopolitics and the impact of high-speed rail on towns.

His priorities as your MP will be improving public transport, pushing for action on climate change, and making sure more affordable housing is available for local people. Thom will be a strong voice for Blyth Valley in Westminster and making sure the North East is put firmly first on the national agenda.