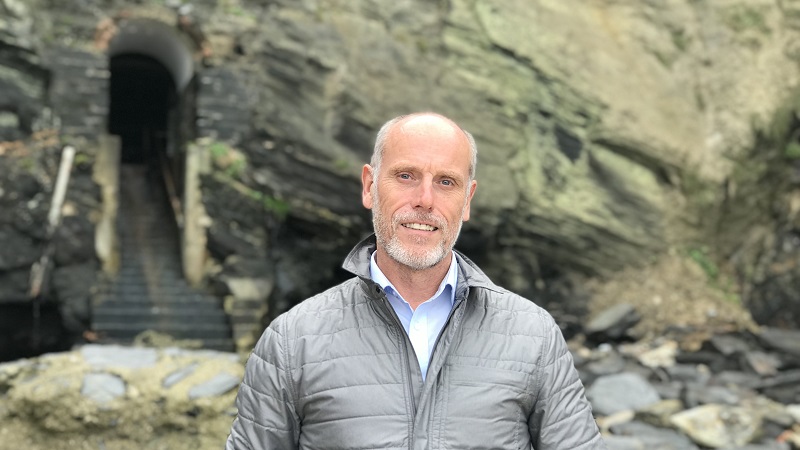 Tim moved to the constituency at the age of nine and attended schools in both St Austell and Newquay. He is a keen cyclist and uses his hobby as a fundraising vehicle for Children’s Hospice South west.

He has a history of public service joining the Royal Navy, Fleet Air Arm, at 16 where he served onboard HMS Hermes and Bulwark. He then joined the Metropolitan Police working out of Chelsea where he witnessed first-hand the IRA bombing campaign which destroyed part of Harrods and killed and injured a number of his colleagues. He transferred to the Devon and Cornwall Police to be closer to home spending time at Exeter.

Deciding to self-fund his further education in his mid 30s, Tim read law at Plymouth before being called to the Bar at Middle Temple in London. Tim now practices as an employment law consultant representing both businesses and workers in Employment Tribunals. He often advises on employment issues on a pro-bono basis as legal aid is not available in employment disputes.

Tim has been an active member of the Board of Trustees of a ground breaking homeless charity in St Austell for the past eight years and continues to fight for the plight of the homeless and disadvantaged.

Following the 2016 referendum Tim joined the Liberal Democrats and was elected as a councillor to Gover Ward in St Austell in 2017. Following a successful year as Deputy Mayor in 2018 he is currently the Mayor of St Austell.

Tim’s priorities are to stop Brexit, tackle the climate crisis and ensure that mid Cornwall receives fairer funding for their services from central government.