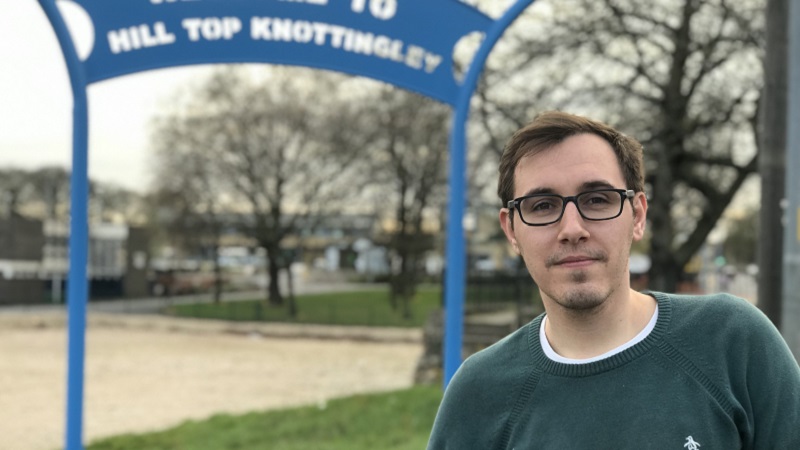 Tom Gordon was born in Pontefract, was brought up and went to school in the constituency, and his first job was in Castleford. He was the first person in his family to go to university and attended Newcastle where he was awarded a BSc in Biochemistry and a Masters in Public Health.

An enthusiastic and dedicated campaigner, in May 2019 he was the first Liberal Democrat to be elected to Wakefield Council in almost a decade. He now represents his hometown of Knottingley on the Council, having taken the seat with 63.1% of the vote in what was supposed to be one of Labour’s safest areas.

In the six months since being elected Tom has dealt with over 200 items of casework and earned a reputation for getting residents to unite behind him, as someone who stays in touch all year round and works hard.

Professionally he has worked in a number of roles including as a scientific recruitment consultant, as a health economics research assistant at the University of York, and now works as a caseworker and researcher for the Yorkshire & Humber Lib Dem MEP.

What Tom enjoys most is going out, speaking to residents and listening to them about their own life experiences. As a truly local candidate he wants to represent the residents across the area who tell him that they feel forgotten and left behind, and provide a truly local voice for our communities at the heart of national government.