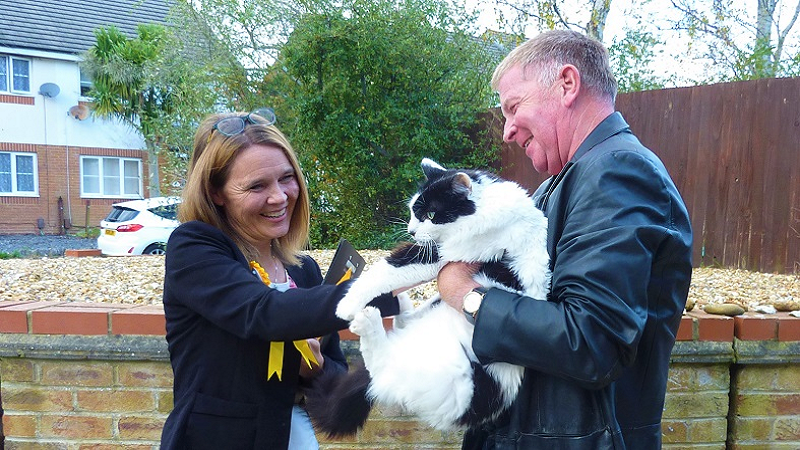 Vikki is an experienced campaigner and local councillor with a passion for our area.  She has a background in financial services and small business and has also worked in the NHS and the charity sector.

Vikki first stood to become MP for Mid Dorset and North Poole in 2015 because she wanted to use her voice to speak up for people on issues including education, public transport and supporting loca high streets.

In May, Vikki was elected leader of BCP Council, where she leads a cross party cabinet running the 12th largest unitary council in the country.  She is passionate about rebuilding our fractured communities from supporting children’s centres and early years education right through to providing help for carers and developing dementia friendly communities.
Vikki is a school governor and has spoken out about real term cuts in funding under the Conservative Government.  She has campaigned for a wider curriculum, improved transport options for young people to travel to school and college and youth services. She is the volunteer lead at her local Youth Club.

As chair of one of Dorset’s most successful Neighbourhood Watch Groups, Vikki is well aware of the impact of the cuts in policing, the increase in levels of scamming and the fear of crime.  She has been working to restore neighbourhood policing and has also worked as part of the Fire Authority where she has championed their work with vulnerable people.

If elected, Vikki’s priorities include the eradication of fuel poverty and solving the housing crisis without destroying our precious countryside through forcing developers to build on sites they own and developing new ways to get on the housing ladder. She is also passionate about political reform and believes smashing the ‘wrecking ball’ of the two-party system is the only way to rebuild trust.