Time and time again, we hear that the reality of what ethnic minorities face in our party and in our politics does not match up to the principles we hold, and, as a party committed to equality, it is vital that we apply our values and make a change. I will provide the positive vision and leadership we need to move forward and make that happen. 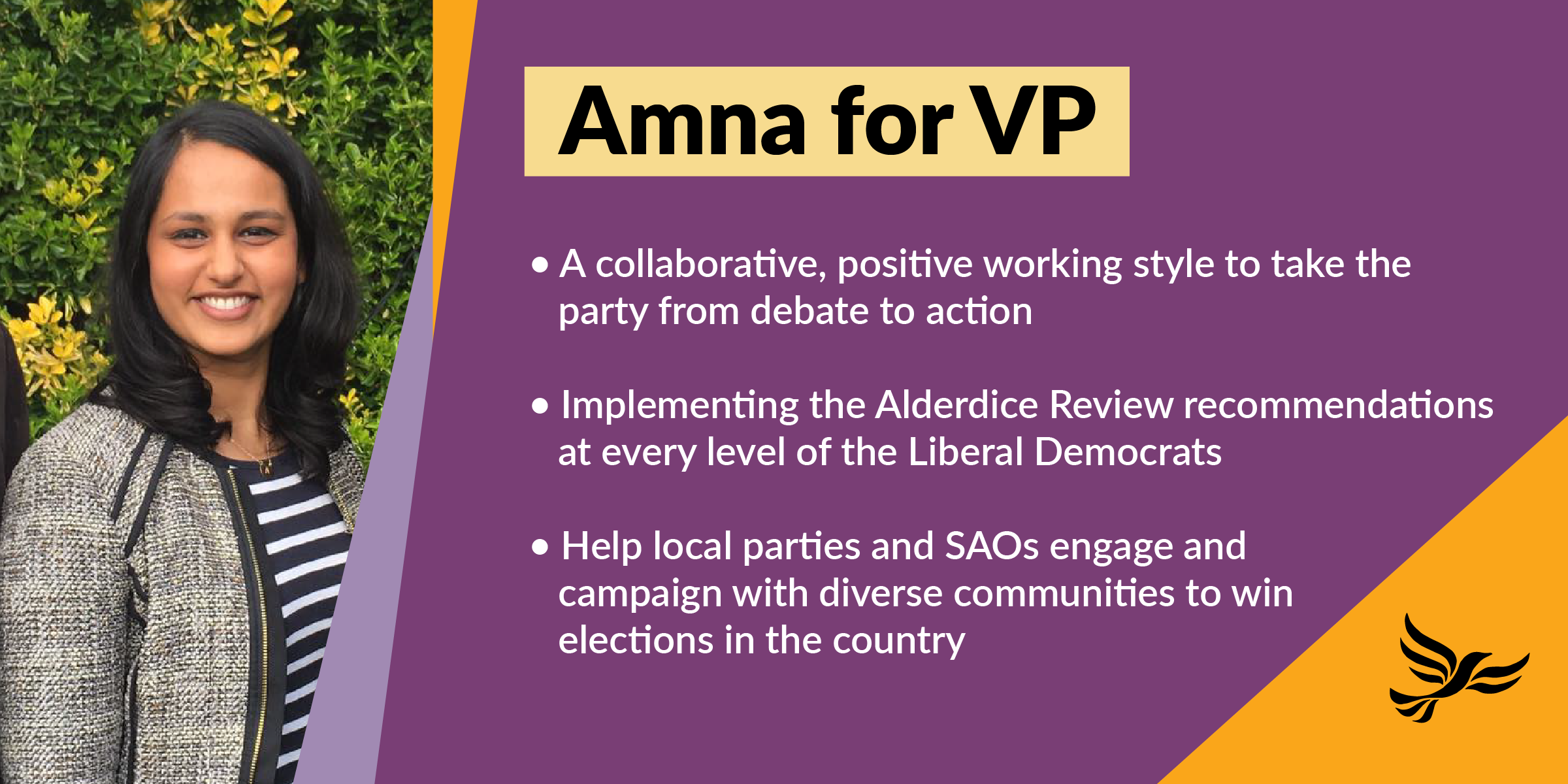 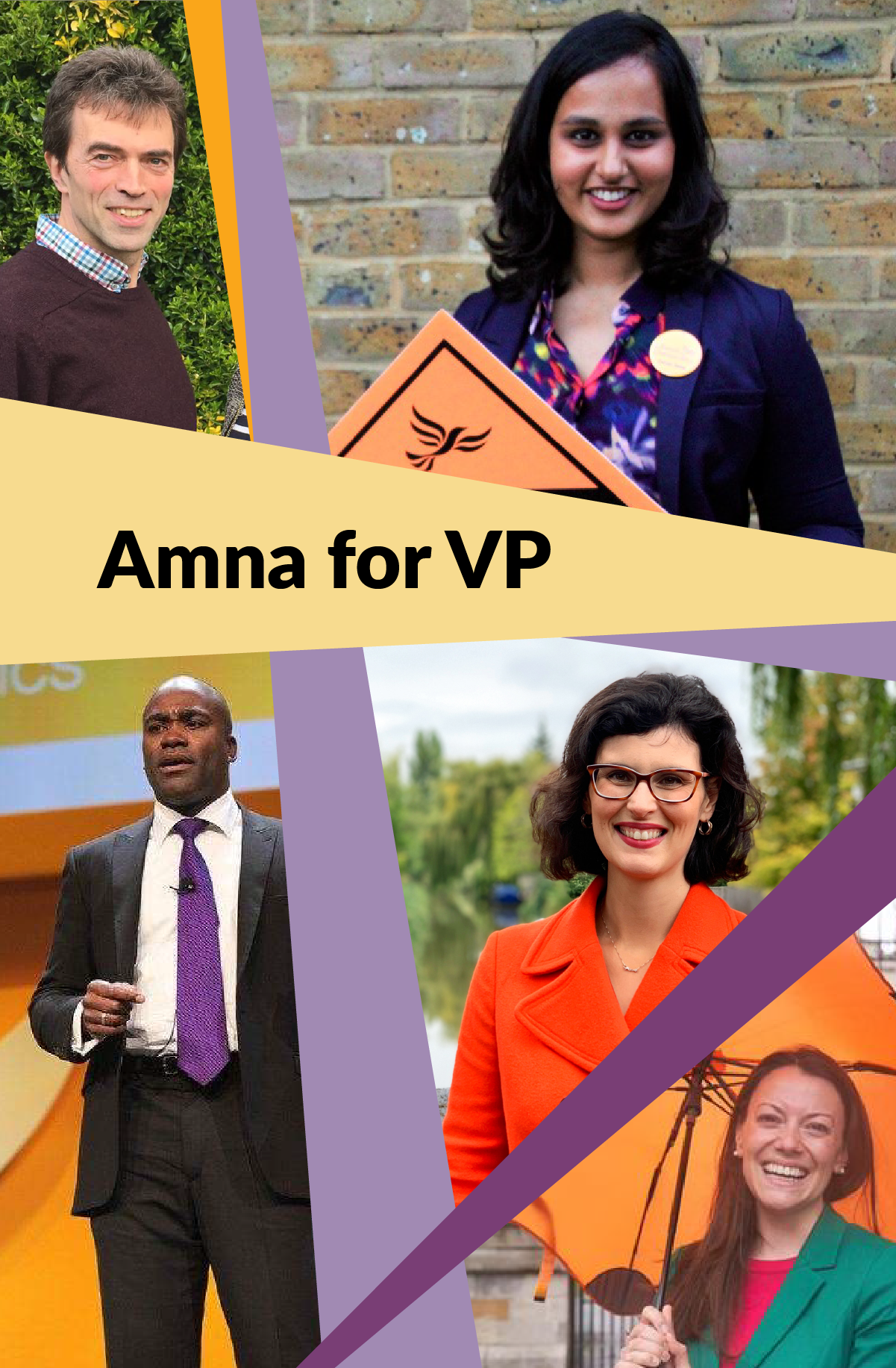 As a former Lib Dem Parliamentary candidate, I have seen prejudice close-up, within British politics and, sadly, within our party. And I know that I’m not the only one. My experience led me to take time to reflect and then, at Harvard, I learnt from world leaders on race equality, collaborative working, and leadership. I want to translate my experience and learning into change for our party in the UK. As a starting point, we must implement the Alderdice Review recommendations.

If I were elected as your Vice President, we could:

• Promote a collaborative, positive working style to take the party from debate to action
• Implement the Alderdice Review recommendations at every level of the Liberal Democrats
• Help local parties and SAOs hard wire engaging with diverse communities inti their campaigns, to win elections in the country

It is time for change. As a party, we need to attract ethnic minority talent, promote equality and opportunity for all. 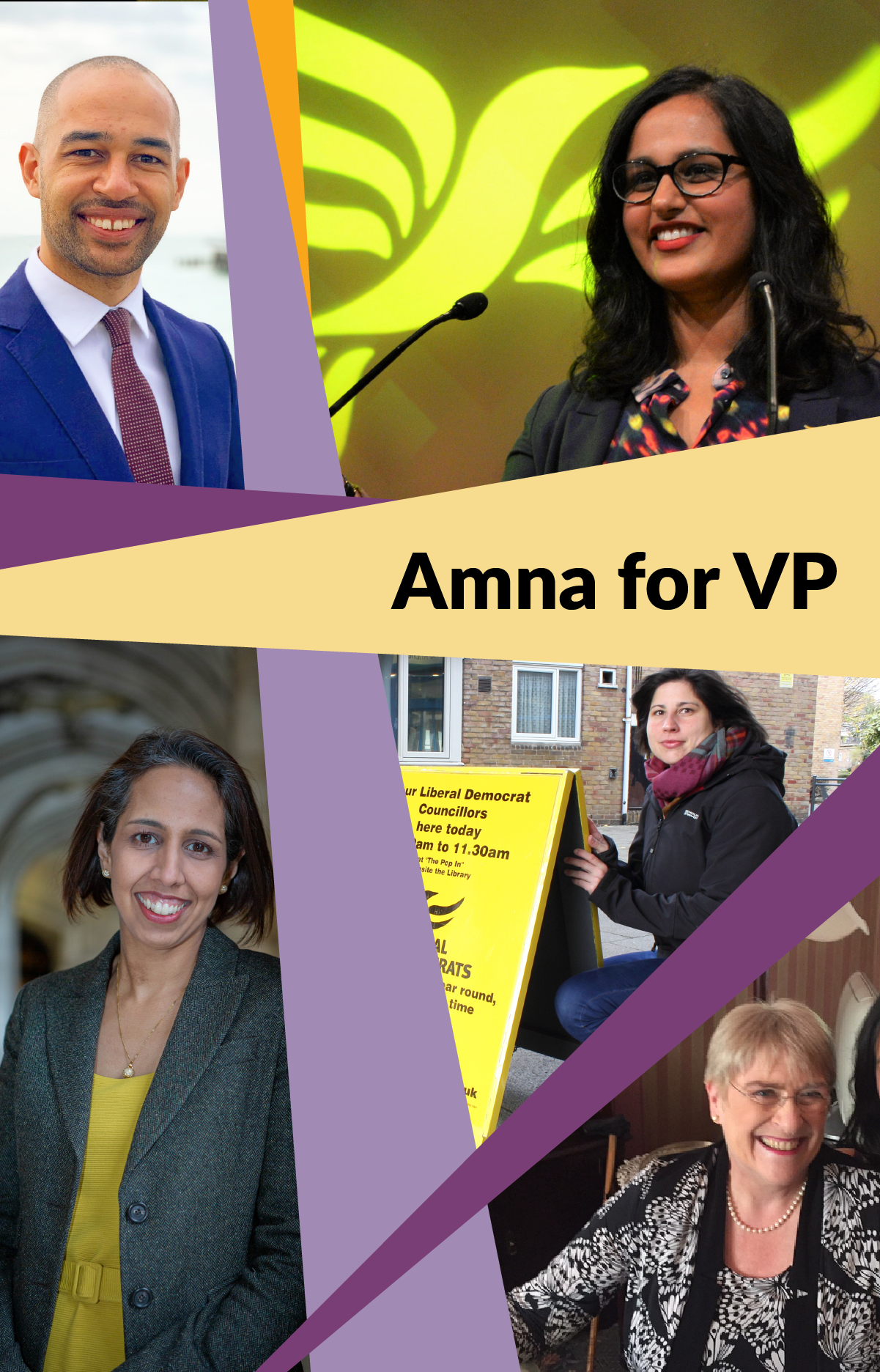 Amna was born in Lahore, Pakistan, and grew up on a council estate in London. She was in foster care for a short time. She studied at Oxford and most recently, won a scholarship to attend Harvard.

She joined the party due to her opposition to the Iraq War and since then, she has run for council, London Assembly and as a target Parliamentary seat candidate in 2017. That year she was appointed the Lib Dems’ Shadow Refugee Minister and debated Nick Ferrari on LBC about our Lib Dem policy to give Syrian child refugees a safe home in the United Kingdom.

She is a regular contributor to BBC Asian Network and has appeared in The Guardian, the Evening Standard, ITV News, and the BBC, amongst others. Professionally, she is a campaigner working in healthcare policy.

Fun fact: Barack Obama follows Amna on Twitter! You can too at: @amnajahmad. You can also join her Facebook group - Amna for VP or email her [email protected].