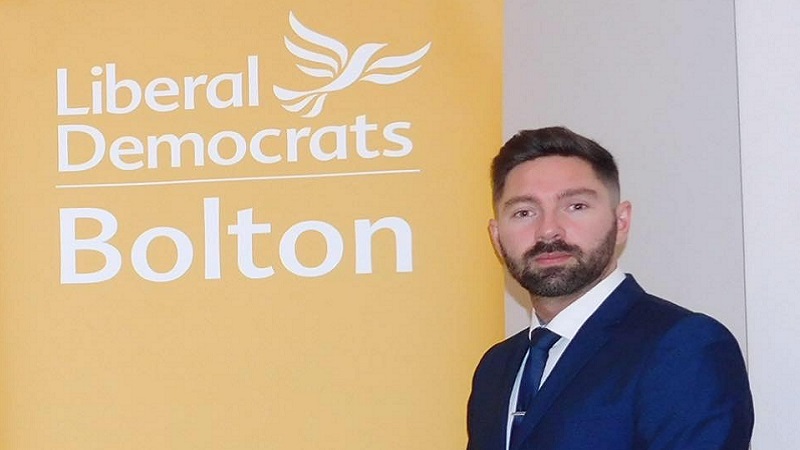 Warren works with customs officials, public and industry bodies across 28 countries in Europe to fight against the sale of counterfeit and non-compliant illicit goods.

Warren stood as parliamentary candidate in 2017, and as Council Candidate for Astley Bridge since 2016. Over the last few he has set up many initiatives in a quest to make Bolton a better place to live. Some of these groups include ‘Bolton Bus Users Forum’, ‘Bolton Road Safety Group’, Anti-Fracking, ‘Friends of Horrocks Fold’ a group formed to raise awareness and protect green spaces.

Warren has been a regular supporter helping at Homeless charities, spent two years litter picking every Sunday with a local group and was Trustee Director of a charity aimed at improving social cohesion in Bolton.

Warren says “Political decision making in Bolton has not been good enough. The town has suffered from years of neglect, the town centre has become run down, and we need significant investment in infrastructure and services throughout the town.”

Warren is someone who clearly wears his heart on his sleeve and has been fighting hard to improve the area where he lives, his family has lived in the Bolton area for around 200 years, he said; “I’m simply not prepared stand by and watch the town I love further decline. Residents deserve better.”