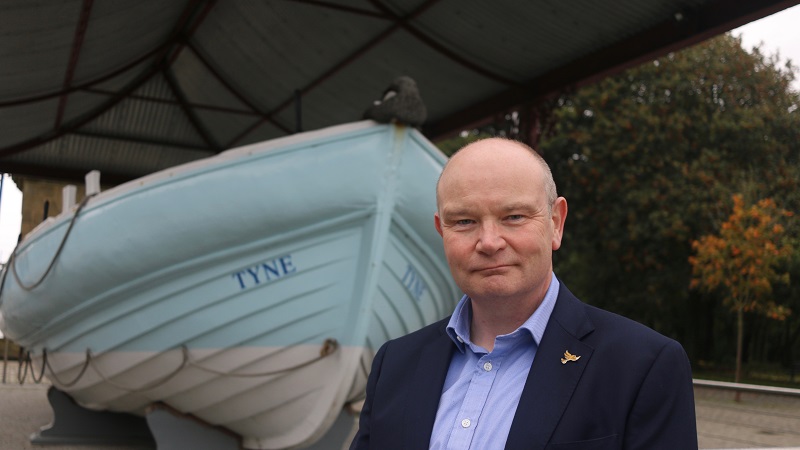 William Shepherd is the Liberal Democrat’s candidate for the next General Election in South Shields.

By profession William is a Chartered Engineer specialising in Electronics and Software, he graduated from Newcastle University in 1990 and has had a series of engineering jobs on Tyneside over the last three decades. The last ten years were spent with his own business that he established with two colleagues to design products for the Oil & Gas industry.

William has significant political experience; he spent fourteen years as a local Councillor, during which time he was responsible for Economic Development and was the Liberal Democrat’s senior member of the Northumbria Police Authority. As a Councillor, William made a priority to promote the rights of military veterans.

His experience in both business and politics has made it clear to William that core to the future prosperity of the North East is a vibrant economy generating high quality, well paid jobs.

“Brexit is the single biggest threat to economic growth in the North East which is why I want us to remain”.

“The Westminster government has never properly cared for the North East. South Shields has been a safe Labour seat since it was won from the Liberals in 1935 and now it is taken for granted and generally discounted from the national debate by Labour and Tories alike.” “The constituents of South Shields have shown their desire to make a change by voting to leave the EU. It is time to make sure that a different voice is heard from South Shields.”

Prior to becoming involved in politics William was a member of the Royal Naval Reserve for nineteen years and was awarded the Reserve Decoration medal in 2003. William is a Fellow of both the Institute of Engineering Technology and the RSA.