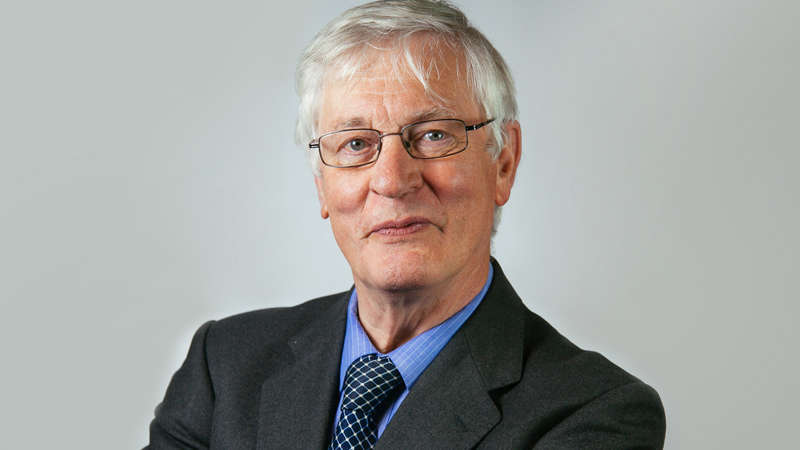 Lord Wallace of Saltaire, Spokesperson for the Cabinet

William Wallace was born in Leicester on March 12th 1941. He sang in the Coronation in 1953, as a chorister in Westminster Abbey Choir. He read history at Kings College Cambridge from 1959-1962. He joined the Liberal Party while a student at Cambridge, and became President of the Cambridge University Liberal Club in 1962. He then studied government and international relations for three years at Cornell in the USA. The opportunity to work with David Butler on the first major study of British electoral behaviour, while on a summer course at the University of Michigan Institute for Survey Research, led to him writing his Cornell PhD thesis (on the Liberal Revival in the UK, 1955-66) while a student of Nuffield College, Oxford. He met his wife Helen, who was then President of the Oxford University Liberal Club, at a Young Liberal conference in 1965.

In the 1966 General Election he served as the Liberal party's Assistant Press Officer, responsible for Jo Grimond's press activities. He moved to Manchester, as a lecturer in the Department of Government at Manchester University, in 1967. He fought five parliamentary elections: Huddersfield West in 1970, Manchester Moss Side in February and October 1974, and Shipley in 1983 and 1987. He wrote speeches for David Steel while he was party leader, and served as vice-chairman of the Standing Committee (the Liberal Party's policy committee) from1977-87. For the 1979 election he chaired the election manifesto working group; he returned to play this role again for the 1997 election. During the Liberal-SDP Alliance, 1982-7, he was a member of the joint party steering committee. He was made a Peer in 1995 and became a spokesman on Foreign Affairs and Defence. In 1996 he was appointed to the Lords Select Committee on the European Communities; he was Chairman of its Sub-Committee on Justice and Home Affairs from 1997-2000. In 2001 he became the Party's main frontbench spokesperson in the Lords on Foreign Affairs. In November 2004 he was elected joint Deputy Leader of the Liberal Democrat Peers (alongside Navnit Dholakia). He returned to the Federal Policy Committee as the Lords representative in 2005, and served on several policy groups. He was also President of the Yorkshire regional Liberal Democrat party from 2004-2010. He was chair of the advisory board of the liberal think tank, CentreForum, from 2004-2010.

He was appointed a government whip in the Lords in the coalition government which was formed after the 2010 election, with departmental responsibilities covering the FCO, the Ministry of Defence, and the Department for Education.

Professionally, he moved from Manchester to become Director of Studies of the Royal Institute of International Affairs, from 1978-1990. He then held a five-year appointment as Walter Hallstein Senior Research Fellow at St. Anthony's College, Oxford. He was also involved in setting up the International Relations Department at the Central European University, in Prague and Budapest, in the years after the end of the cold war, where he was a visiting professor from 1993-96. In 1995 he moved to the Department of International Relations at the London School of Economics. In 2005 he took early retirement as an Emeritus Professor, to allow him to focus primarily on the Lords. He has published several books including The Transformation of Western Europe (1990), Regional Integration: the West European Experience (1995), Rethinking European Order (with Robin Niblett, 2001), and Non-State Actors in Global Politics (with Daphne Josselin, 2001). With his wife, Helen, and others he also edited six editions of Policy-Making in the European Union between 1977 and 2005. He also wrote the Penguin paperback Why Vote Liberal Democrat for the general election in 1997.

He has two adult children (a daughter and a son) and one grandson. In his spare time he enjoys swimming, singing (in the Parliament Choir, and in two other occasional choirs), walking (and pub lunches) in the Yorkshire Dales, and gardening; Helen and William have a garden in London and share an allotment in Saltaire.