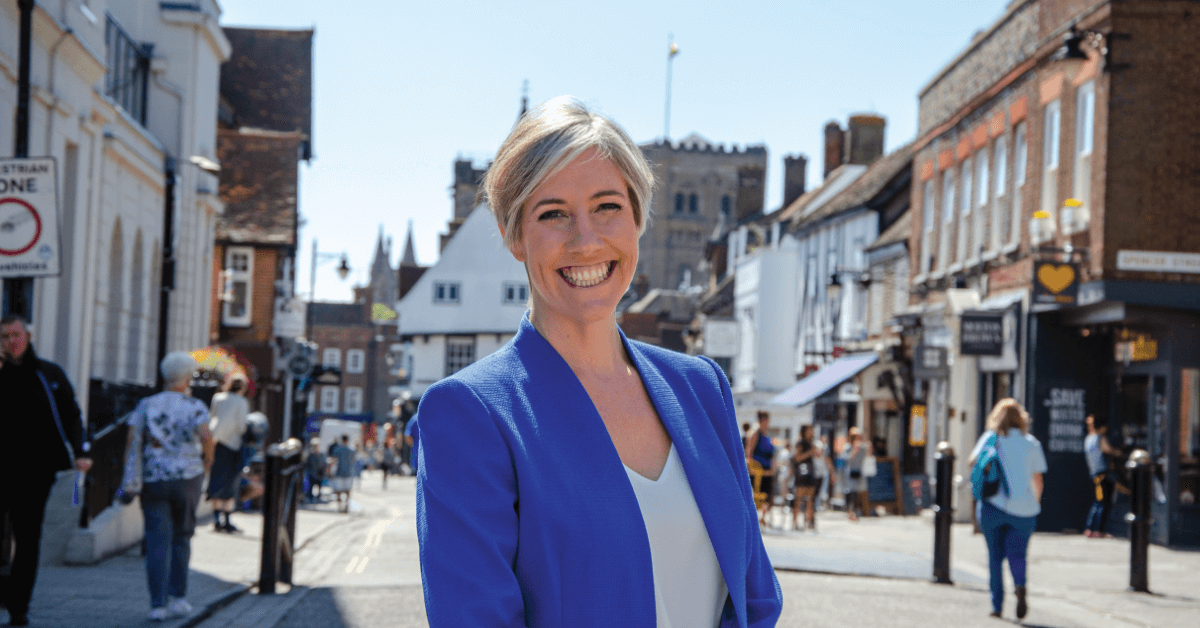 Daisy was elected as MP for St Albans in 2019, successfully unseating the previous Tory MP of nine years and becoming the first 'liberal' to hold the seat since 1904.

Having previously been the digital, culture, media and sport spokesperson, and then education spokesperson for the party, she is now its health and social care spokesperson and deputy leader.

Daisy is a passionate internationalist, and before she was elected worked in Commonwealth affairs for 10 years campaigning for LGBT+ rights abroad and for greater transparency around how taxpayers’ money is used to help some of the world’s poorest. She continues to campaign for the preservation and promotion of Britain’s place in Europe and the world.

A fierce advocate for local pubs and businesses, Daisy has used her platform as an MP to further increase her calls on the Government to reform the business rates system. During the pandemic, she continued to speak up for pubs during the pandemic, taking actions including spearheading the opposition to the 10pm pub curfew by leading a group of 25 MPs from six parties to call on the Government to scrap it.

Other key issues tackled by Daisy during her time as an MP include the expansion of London Luton Airport, for which she secured a Parliamentary debate to highlight constituents’ concerns about flight noise and the climate impact; protecting leaseholders from the huge costs of fixing fire safety defects; and calling on the Government to do more to support students, parents and teachers.

Within Parliament, Daisy also holds vice-chair positions in All-Party Parliamentary Groups (APPGs) including night time and economy, beer, and democracy and the constitution. As vice-chair of the climate change APPG, she helped launch a “policy tracker” to hold the government to account, pressed for faster and more ambitious action, and raised the plight of chalk streams. She’s also co-chair of the APPG for leasehold and commonhold reform.